For the past 70 years Thomas & Friends has been entertaining and exciting children around the world, featuring fun and friendly talking engines from the vibrant island of Sodor.

After fevered media speculation and hype around the new global characters to be included in the new movie Thomas & Friends The Great Race, it has been officially revealed that The Great Race will include a lineup consisting of 13 magnificent new international engines.

Producers of Thomas’s latest CGI adventure were tight-lipped as they finalised the full lineup, but have now unveiled a fully international roll call of engines consisting of: ‘Ashima of India’; ‘Racing Vinnie’; ‘Axel of Belgium’; ‘Raul of Brazil’; ‘Etienne of France’; ‘Gina of Italy’; ‘Frieda of Germany’; ‘Yong Bao of China’; ‘Ivan of Russia’; ‘Carlos of Mexico’; ‘Rajiv of India’; ‘Shane of Australia’ and Britain’s ‘The Flying Scotsman,’ who is the brother of regular character Gordon.

The Great Race is the eleventh animated feature film for the world-famous blue engine, which will hit screens worldwide from May 2016. The new movie sees Thomas in an exciting adventure, where the fun-loving engine pulls out all the stops to find a way to test his mettle against a host of new engines at the Great Railway Show, making some special new friends along the way.

The special has a stellar voice cast that includes Bollywood actress Tina Desai (The Best Exotic Marigold Hotel) who will bring to life the beautifully painted and talented new engine, Ashima of India. This marks another milestone in the show’s 70-year heritage, as it will be the first time producers have paired Thomas with such a strong female lead character in the animated show.

“I am delighted to be part of this exciting new film as I’m a huge fan of Thomas! With new characters from around the world, the film has a wonderfully diverse and multi-cultural feel that I hope every child should be able to relate to and be inspired by in some way. My character Ashima really shines through as being strong and adventurous and I am particularly pleased that she will be such a positive role model for so many girls across the globe.” – Tina Desai

In The Great Race Thomas wishes he could represent Sodor at the Great Railway Show, which is taking place on the mainland. But the bigger engines just laugh at him and say he’s not big, strong or fast enough to compete with the best engines from around the world. Thomas is up against international competition from a host of new engines, including Raul of Brazil, Yong Bao of China, Ivan of Russia and the brightly decorated engine from India, Ashima, among many others. Thomas is determined to find a way to win – even when his plans all go wrong and the devious Diesel threatens his chances to compete. This exciting international musical adventure – where friendship always wins the race – promises to delight children and families across the world.

Thomas the Tank Engine™ was created over 70 years ago by a British clergyman, the Rev W Awdry, as a storybook for his son. That story quickly grew to become the award-winning global brand franchise it is today, enjoyed by families in more than 150 territories and in over 40 languages across multiple touch-points and formats, including: 400+ original TV shows; 11 feature-length films; 14 websites in nine languages; apps; toys (ranked number one property in the pre-school toys category in the UK and Australia and number two in the US); consumer products; publishing; live attractions and much more.

“The world of Thomas & Friends continues to expand with the introduction of 13 new engines from around the world in our very first, fully-fledged musical adventure, The Great Race. Showcasing our commitment to quality and innovation, this film will treat our fans to unparalleled production values, sing-along songs and many exciting new characters from countries. We’re incredibly excited to introduce audiences to Thomas’s new friends in The Great Race, a story that is our biggest and best yet!” – Christopher Keenan, SVP Global Content & Executive Producer at Mattel Creations

Products that will support The Great Race release include brand new Fisher-Price toy lines featuring 11 new engines and exciting playsets based on the tentpole release include the new TrackMaster™ Thomas Sky-High Bridge Jump Set, as well as CP and licensing deals across key categories including clothing, books, puzzles coming to retail in late summer in select markets. 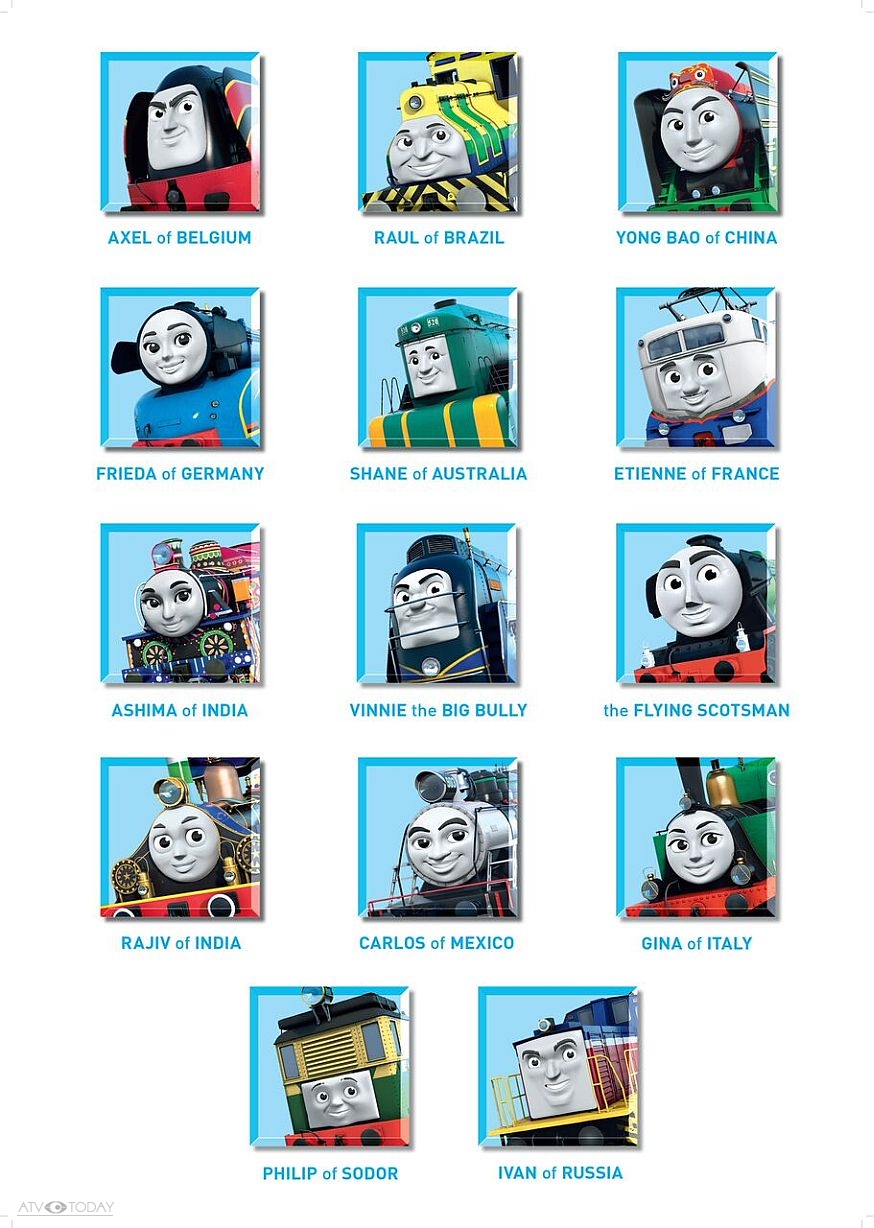