Homicide in colour on DVD

The fifteenth DVD volume of the classic Australian police drama Homicide has just been released in the UK and includes the first thirteen colour instalments of this ground-breaking series.

Major changes are afoot in this batch of episodes with the departure of several long running characters and the arrival of some new Homicide Squad recruits. Senior Detective Mackay (Leonard Teale) is hounded by a gun toting maniac, unfortunately Inspector Fox (Alwyn Kurts) finds himself in the assassins line of fire. Meanwhile Inspector Lawson (Charles Tingwell) is recalled from London to take control of the department which is facing an onslaught of cold blooded killers. Also new to the team is Detective Pat Kelly played by John Stanton who has recently been seen starring as Douglas Ashby in The Doctor Blake Mysteries.

A payroll heist goes bad and results in murder, a man is gunned down at a railway station, and a domineering sawmill proprietor finds himself in strife following the death of his wife. Meanwhile an accountant at a meat works is implicated in murder, two escaped convicts have killed and will kill again if they are not apprehended, and a geriatric couple make a gruesome discovery whilst taking their daily constitutional. 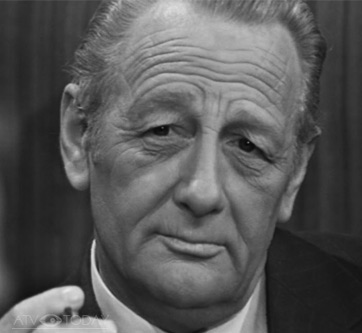 Elsewhere a neurotic mother is suspected of beating her daughter to death, a letter bomb kills the wrong person, and a retired safe cracker is forced to return to his old ways in order to help a cobber in need.

A host of well-known guest artists make an appearance in this box set including Vivean Gray and Anne Charleston from Neighbours, Reg Gorman from The Sullivans, Vince Martin from The Young Doctors, and Brian Wenzel from A Country Practice. Keep your eyes peeled for Patsy King, Maggie Millar and Tommy Dysart from Prisoner: Cell Block H, and for Maurie Fields and Val Jellay from The Flying Doctors. Also appearing in these episodes are Jack Thompson and the veteran performers Enid Lorimer, Babette Stephens and John Krummel.

The late Alwyn Kurts found that some viewers believed that his Homicide character Inspector Colin Fox was real when letters began arriving for him at the Russell Street Police Headquarters in Melbourne, the boys in blue obviously approved because they invited him to compere the ACT Police Ball in Canberra.

Alwyn began his career as a radio compere on 6PR in Perth. He eventually moved to 3XY in Melbourne where he was appointed as a front line correspondent during the Second World War reporting from Korea, Burma and New Guinea. In 1954 he was one of the chosen few to cover the Royal Tour when the Queen and the Duke of Edinburgh visited Australia, and he ended up as the studio manager of the station. 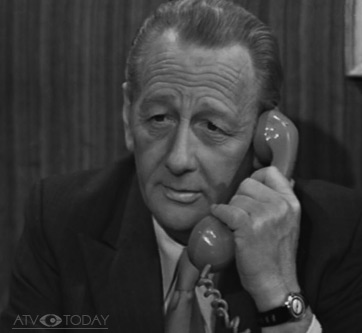 When television arrived Alwyn made the move presenting numerous quiz shows including the Crawford series Raising A Husband which he had previously hosted on radio. He started his acting career in series such as Hunter before hitting the big time with Homicide.

He went on to play Ted Cook in the sitcom The Last of the Australians, and appeared in other hits including Division 4, Solo One, Chopper Squad, Cop Shop, A Country Practice, The Flying Doctors, Newlyweds, Chances and Blue Heelers. Alwyn won the 1977 Penguin Award for Best Supporting Actor for his work on the telemovie The Alternative, the 1979 AFI award for Best Performance by an Actor in a Supporting Role for the movie Tim, and also starred on the big screen in The Earthling and Spotswood.

Alwyn’s fans will be pleased to know that he can be seen in several Crawford DVD releases. He stars in Homicide Volumes 8-15, Division 4 Volume 1, and The Flying Doctors. All of these classic titles and many more can be ordered in the UK exclusively from Eaton Films.  Those of you who are based in Australasia can place your orders with Crawford DVD.