One to Watch: tonight’s River City on BBC One Scotland really ‘steps’ up the storyline. 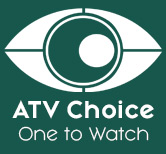 “This is a must-see moment in River City’s history and I’m sure fans will love the fabulous finale we’ve given Robbie Fraser. Gary has been at the heart of the show for eight years and will be sorely missed by cast, crew and the audience but we support his desire to explore new acting avenues and wish him all the best in the future. The door will always be left open for his return.” – River City’s Executive Producer, Kieran Hannigan

In what promises to be an unforgettable River City storyline, Claire Richards from pop group Steps will make a special cameo appearance in actor Gary Lamont’s final episode which airs tonight at 8pm (Scotland only) on BBC One. Lamont is leaving the popular Scottish soap after eight years playing the character Robbie Fraser.

This evening the storyline will see Robbie take up a life-changing opportunity which comes calling for the former hairdresser when he’s given the chance to go on tour with Steps. Robbie must decide whether it’s Better The Devil You Know or a Tragedy to stay in Shieldinch.

“Claire and I are good friends and I’m also a super fan of Steps so I thought ‘Well if you don’t ask you don’t get!’. Thankfully she didn’t think it was too ridiculous an idea and popped up to be part of my finale. It was a huge secret on set at the time and I don’t think the cast and crew quite believed it until she stepped on to Montego Street. Now that I’ve kicked off her acting career I’ve told her I want a commission for all future work. Seems only fair!” – Gary Lamont

Since making his debut in 2009, River City’s Robbie Fraser has been involved in some of the show’s most dramatic storylines including the first civil partnership in Scottish drama between Robbie and his policeman partner, DC Will Cooper (played by Scott Vickers) in 2012. Robbie and Will were also embroiled in a dramatic and far-reaching gay domestic abuse storyline as well fostering in 2014. Most recently, Robbie became addicted to prescription painkillers and, this week, his character took an accidental overdose when he mixed drugs with drink.

Lately his hedonistic lifestyle and a dangerous liaison with local bad boy Stevie O’Hara (Iain Robertson) has seen Robbie’s life go off the rails. It looks like pop music may just step-in to save him from his wayward ways. Claire’s arrival in Shieldinch isn’t the first time a member of Steps has appeared in a UK soap opera.

Back in 2001, while still in the peak of their original career run, Lee Latchford-Evans from the group made a guest appearance in ITV Central saga Crossroads. The storyline saw the 5,6,7,8 singers staying at the famous west midland motel while on tour. The rest of the group had already ‘left the motel’ in the plot, but Lee popped back to his chalet to retrieve a forgotten belonging – making a chambermaid very happy in the process.

“I was thrilled to be asked to be part of Gary’s River City finale as we’re good friends. Besides our music videos, being on a film set is something new to me but I really enjoyed the experience. I’m looking forward to heading back to Scotland at the end of this year for our Steps UK tour. Hopefully we’ll catch some of the River City cast in the crowd showing off their moves!” – Claire Richards from Steps