Telly Today: A Christmas Day of festive favourites for 2019.

Today’s soap opera highlights can be found over in Pick of the Plots.

Gavin and Stacey returns to BBC One this evening at 8.30pm

It has been ten years since we last went to Billericay to spend Christmas with the Shipmans and the Wests. This year we’re off to Wales for the festivities, where Bryn is cooking dinner for over 13 people. Understandably he’s tense. Pam would secretly prefer to spend Christmas in Essex, as she finds Gwen’s house a bit lacking. But the deal has always been that they alternate every year, and this time it’s the turn of the Wests to host Christmas with everyone under one small roof.

For Gavin and Stacey, parenthood continues to present them with several challenges, their ‘baby’ now being ten. Smithy, too, continues to commit to his fatherly role, making the journey to Barry at weekends and every second Wednesday to see 12-year-old Neil the Baby. Nessa, on the other hand, adopts her own brand of Nessa-style mothering, whilst Pam, Mick and Gwen have become the epitome of doting grandparents.

On Christmas Eve, Dawn makes a shocking discovery about Pete that jeopardizes their marriage (again), and a visit to the pub that night is an eye-opener in more ways than one.

Ho ho ho! Strictly Come Dancing returns for an all-star Christmas special, as six of the most-loved Strictly stars return to the dance floor for the annual special coming to BBC One on Christmas Day. BBC One at 4.40pm.

It’s Christmas in Finglas as Mrs Brown’s Boys returns once again. However its not so festive for Agnes as no-one in the Brown household is ready for Christmas Day. Mrs Brown can’t seem to please anyone either with all her family and friends having reasons to moan at Agnes across the day of peace and love. BBC One at 10.30pm.

There’s also festive cheer with Call the Midwife. As Christmas approaches, a bout of influenza sweeps through Nonnatus House. BBC One at 7pm.

Jeremy Clarkson hosts a very special Christmas edition of the world’s biggest quiz, Who Wants to be a Millionaire Celebrity. Clare Balding, Stephen Mangan and Catherine Tyldesley sit in the hot seat to try and win £1 million for their chosen charities, with four lifelines to help them along the way. ITV, STV and UTV at 9pm

Presenter Kate Thornton, reality star James Argent, comedian Lucy Porter and presenter Nik Speakman hope to ruin the Chasers’ Christmas by beating them and winning thousands of pounds for charity in this second festive special of The Chase Celebrity. As usual, all the Chasers will be playing and wearing fancy dress. Bradley Walsh hosts. ITV, STV and UTV at 6pm

ITV have if nothing been consistent in their offerings this year with our third highlight also a celebrity special of a regular game show. Ben Shephard hosts a special seasonal edition of Tipping Point: Lucky Stars, the quiz in which three celebrities take on a magnificent machine in the hope of winning £20,000 for charity. Getting into the festive spirit are comedian Joe Pasquale, TV favourite Rustie Lee and actress Nina Wadia, who all hope to land their charities a Christmas gift to remember.

Channel 4: Join Kylie Minogue and Alan Carr for a spectacular programme filmed in front of an intimate audience of passionate and unsuspecting Kylie fans who have no idea they’re going to be spending a secret evening with the lady herself. Kylie’s Secret Night airs at 10.30pm.

Channel 5: The songs you love to hear at the start of December and usually are sick of hearing by Christmas Day. However, enjoy them once more as Britain’s Favourite Christmas Songs are listed by popularity as artists, producers, video directors, composers and journalists shed light on the creation of the songs and their accompanying videos. The countdown starts at 6.40pm

Sky Arts: Christmas Day wouldn’t be the same without a visit to the Queen, and Sky bring us another chance to spend time with Queen and Freddie Mercury tonight with the documentary The Great Pretender from 9pm.

Netflix: There’s more danger and adventure ahead for the Robinson family in the second series of the rebooted Lost In Space. With Jupiter 2 stranded on a mysterious ocean planet without their beloved Robot, the Robinsons must work together, alongside the mischievous and manipulative Dr. Smith and the always charming Don West, to make it back to the Resolute and reunite with the other colonists. 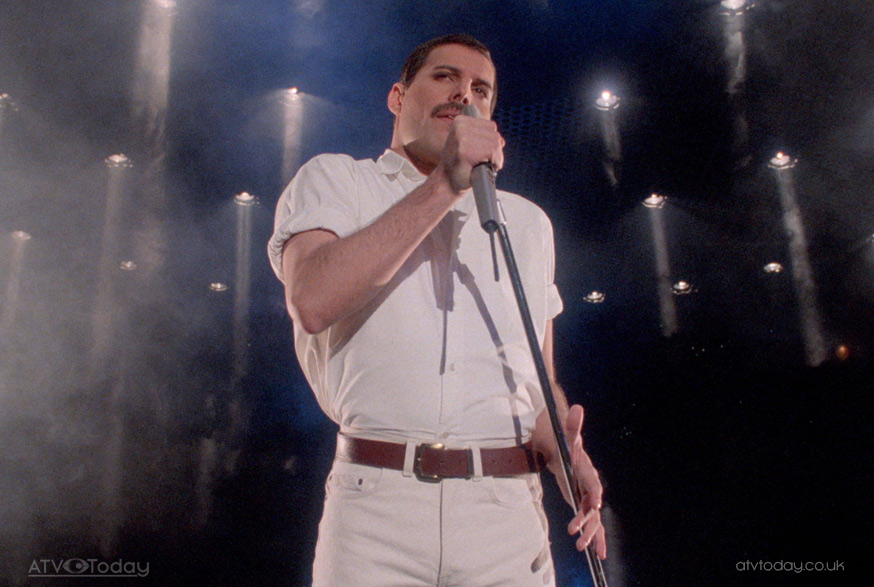